PulR Technologies inc. stands behind the patent pending PulR™ tool, which is a new concept defined as a Pre-Terminated Cable Pulling Adapter. PulR™ is an acronym for Pressure Untheterable Line Retractor. This tool is quickly becoming the preferred alternative to the use of pushing tubes and pulling socks for installing Pre-Terminated Cables, Pre-Connectorized drops and long Patch Cables. PulR™ enables the most cost effective, fastest and easiest pre-connectorized cable installations.

Pre-Terminated cables are telecommunications cables that have factory-installed connectors on one end or both ends, such as to avoid fusion or mechanical splicing connectors in the field after the cable pull is completed. Connectors can be SC, LC, MTP, SN, etc.

Several installers learned the hard way that the same metal or aramid pulling grips used to pull raw cable cannot be used on pre-connectorized cables or pre-connectorized drops, due to the potential for damages caused by the squeeze point of the pulling grip, right on the connectors. Some installers have developed procedures to use pushing tubes, which results in drilling holes much bigger than needed to forcibly push on the tube, then forcibly push patch cord within the tube. This takes more time than necessary and is not as user friendly as if would be possible to pull on the Pre-Terminated cable. Pulling socks do make it possible to pull on pre-connectorized cables, but they are costly and they need to be attached to the cable sheath using heat shrinks or tape, which makes them time consuming to install the field, and leave unnecessary left-over scraps when removing them.

The most widely used Pre-Terminated cable for FTTx is based on a ruggedized sheath with a diameter of 4.8 mm. This cable can withstand being stapled and mishandled. It is known as a bend insensitive self-bend limiting and it usually has SC/APC connectors on both ends. It is known as self-bend limiting because of its large diameter thick sheath. It cannot be kinked beyond the point of ceasing to pass light. You probably have one in you home if you subscribe to fiber-to-the-home services (FTTH). Field installable connectors are notoriously difficult to install on 4.8 mm diameter ruggedized cables ands this explains why Telco’s prefer to stock on Pre-Terminated cables of the most required lengths in their installation vehicles, to then consume the proper length for a given job. This is why PulR™ is also sold to original equipment manufacturers (OEMs) so it can be pre-installed on the connector of the pre-connectorized cable, at the factory, and have the Pre-Terminated cable ready to pull in the field as it is taken out of its bag.

We answered the challenge of finding a solution for pulling such 4.8 mm diameter Pre-Terminated cables through walls & floors while accommodating the smallest possible drilled holes to minimize damages to homes. Just think of having to drill through the mortar thickness between two bricks. The drill bit is thus constrained in diameter such as to not damage the bricks.

We solved the problem of pulling in small conduits by attaching a PulR™ to a pull cord. We developed a method to attaching PulR™ to an existing cable to replace it with the optical fiber attached to the PulR™. We also developed a procedure to pull across several overhead ceiling tiles without removing them.

We designed PulR™ to be very affordable. PulR™ is made out of recyclable plastic and injection moldable, ensuring both affordability and mass production.

Our first PulR™ model 4.8-mm-SC-Rugged is targeted at indoor FTTH installations between the cable network interface device (NID) at the electrical baseboard and the location of the passive optical network residential gateway.

Please go ahead and watch the video on our Youtube channel and you will see how easy it is to install and remove PulR™ in seconds.

PulR™ for SC is sold in two different packages. Firstly, as a ruggedized in an installer’s kit with a few pulling sticks inside a transport case. Secondly, as an OEM application, for inclusion in the bag of patch cords, pre-mounted at the factory. The OEM application is with the PulR™ Slim.

For more information, please complete the form below: 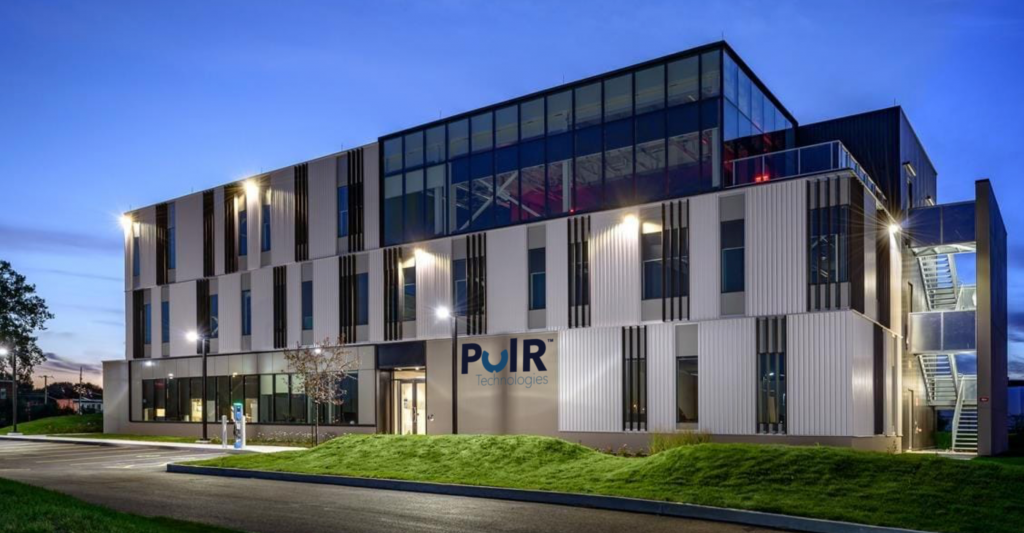 We are now PulR Technologies inc.

PulR featured in an article in Cabling Installation & Maintenance Magazine